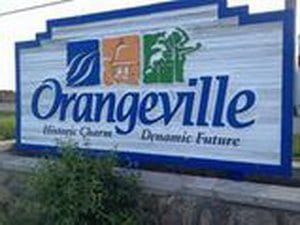 The Orangeville Lions Club was founded on April 12, 1949. Originally there were twenty members that began the club in 1950 by instituting a system of crossing guards for local schools. Other contributions included the bussing of Orangeville youth to the Fergus swimming pool when the club members constructed Orangeville’s first outdoor community swimming pool in 1953. The club has evolved through the years with their annual village fair which began in 1950, St. Patrick’s Day Dances, the Harvest Moon Ball and 4H banquets. The Lions have a long list of assets it has contribute to the Town of Orangeville. These assets include Murray’s Mountain, financial assistance for the building of Tony Rose Memorial Arena. More recently the Lion’s built Orangeville’s first BMX park by Alder Street Rec Centre. More recently the Orangeville Lions were proud to buid the community Sports Pad located in the west end of town. The Lions also support multiple other organizations.

The Kin Club of Orangeville is a local service club serving the community to help make Orangeville and surrounding community a better place. Their contributions to the community include the Orangeville Santa Claus Parade, an annual Christmas tree sale, their famous Charity Road Toll to support cystic fibrosis and other local charities and non-profit groups, Orangville’s community Christmas social and the Harvest Ball for the Food Bank.

Another wonderful service club is the IODE. IODE stands for the Imperial Order Daughters of the Empire. The IODE was founded in Montreal in the early 1900’s. IODE is a charitable organization that is run by women within the community. There are two chapters of the IODE in Orangeville, the Lord Dufferin IODE and the IODE Yellow Briar Orangeville Chapter. The IODE started up the Orangeville Lord Dufferin Chapter 1907. It’s a truly remarkable organization with over 100 years of help people within the community and friendship amongst members and the community. IODE Yellow Briar Orangeville Chapter was established in 1985. They are coming up on their 35th anniversary. The mission of IODE is to improve the quality of life for children, youth and those in need, through educational, social service, and citizenship programs.