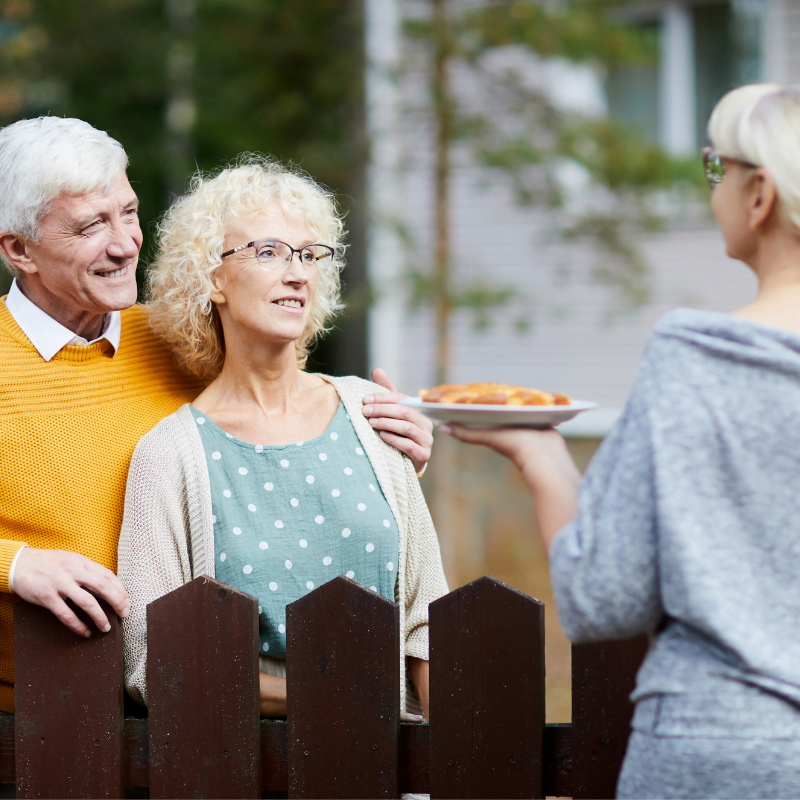 You have just moved into your dream Orangeville home! You are so excited to see the moving truck drive away as you start to get settled into your new place.  It’s been a long day and your head finally hits the pillow…..off to a sweet slumber! Only to be woken by the barking dogs next door, the owners outside obviously enjoying a few too many cocktails and the music volume is on max! You wake groggy in the morning and think that probably was a one-time thing, but unfortunately it happens again and again. You no longer feel like you are in your dream home but living in a nightmare.  How do you ensure you are moving to a neighbourhood that is perfect for you with the right neighbours?

One of the first things you should do when looking to buy your Orangeville Home is to drive by the neighbourhood during the day and maybe in the evening.  What does it look like? Are there cars parked haphazardly all over the roads? Are there oodles of children playing in the streets? Is everyone sitting in laneways indulging on a beverage or two? Neighbourhoods tend to have a vibe.  There can always be the one “bad apple” but generally there tends to be like minded people in the neighbourhood. Neighbours tend to either compete or maybe it’s compliment each other; one neighbour puts mulch, the others want to do the same.  After a snowfall, it is almost a race to see who gets out and cleans their driveway on our street.

Another thing to do is take a walk in the neighbourhood.  Stop and talk to the neighbours and ask what it is like living on the street.  Working with a local Realtor® is always in your best interest because they tend to know the neighbourhoods best.

I personally believe we live on the best street in all of Orangeville.  I know others will disagree and think they have the best, but our neighbours Wayne & Wanda White were just voted the “Best Neighbours” in the MyFm Spirit of Dufferin Awards! The fans know! The fans know! They truly are the BEST Neighbours!

Being an awesome neighbour makes such a difference in the culture in the neighbourhood.  So, what constitutes a good neighbour:

This may not seem like rocket science, but just to say hello or a wave to a neighbour is being friendly.  You don’t have to talk a person’s ear off or meddle in their business, but just smile.  This honestly was one of my biggest fears moving into Orangeville from living in a rural setting for so long.  I thought do I have to wave to people every time I come in and out of the house? Our neighbours are just all around nice people.  We are not best friends that are glued to each others hips night and day, but we certainly love to have the occasional get-together on the street.

This can mean so many things.  Recognize some people may like to sleep in on the weekend so maybe hold off on cutting the grass or starting the power tools until after 9:00am.  Maybe you are working out in the yard and would like a little music to whistle while you work? Perhaps headphones or music on a low volume would be an option.  When the nice weather finally arrives maybe your neighbours really just want to enjoy a little peace and quiet.

One of the biggest complaints we hear from people about their neighbours is parking their vehicles all over the road.  One of our clients is moving because of this.  She has had it with the neighbours parking on the road and when the snow plow comes around her corner and swoops out to pass the neighbours parked vehicle, the plow dumps a pile of snow and extra 4 feet or so from the end of her driveway that she is forced to shovel.  Everyone understands things happening occasionally but all the time? Be a good neighbour, park in your driveway.  Do not constantly park in front of other people’s homes.

Don’t Try To Use Telepathic Powers

You are probably thinking, what??? If your neighbour is doing something that is really picking at your last nerve, try talking to them.  Do not just get angry and think that they should just know you are perturbed.  Honestly people are probably oblivious that they are bothering you in any way shape of form.  I am not talking about conflict.  Do not storm up to their door and start demanding anything.  Keep in mind the saying you get more flies with sugar than you do vinegar.  Maybe take baked goods, or perhaps a nice bottle of wine and go knock on the neighbours door and ask if there is a way that they can ….whatever it is you want them to do.  Most people are decent people and probably have no idea that something is bugging you.  Until someone perfects reading our thought bubbles, the best action is to let them know.

If you want to ensure you have the best neighbours, try being a best neighbour! Keep your yard looking presentable. Don’t be too nosey.  Say hello or smile to the neighbours.  Maybe say hello to the neighbours’ children or pets.  Don’t have your music blasting and maybe lend a hand to someone who might need an extra pair of hands for a lift or to move something.  What goes around, comes around.

When we moved to our street 6 years ago, we did a major renovation on our home. There were tradesmen working for months on the inside and the outside of our home.  I’m sure it was very disruptive to our neighbours that we hadn’t even met yet.  So we decided to throw a little street party to say sorry for the inconvenience and can’t wait to meet you! It was a huge success.  It was an opportunity for others who really didn’t know some of the neighbours to get out and socialize.  You don’t have to throw a big party when you move into a neighbourhood, but it sure helps to be friendly, courteous and neighbourly.