Week #25 The World According To Wayne White 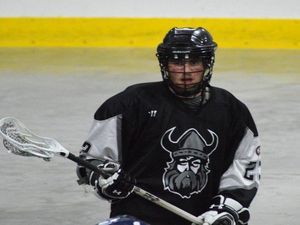 This is the first time Orangeville has hosted this championship tournament. A lot of credit goes to the planning committee and the numerous local sponsors which includes local businesses and service clubs. The tremendous support by the local community was evident at the Monday night banquet with members of the Orangeville Lions Club preparing and serving food. The Orangeville Rotary Club helped with set up and cleanup. The numerous McMaster Pontiac Buick shuttle vehicles were very noticeable at the Adler Street Arena. These are just a few examples of the support and generosity being displayed by the local community.

Orangeville is entering this tournament as the Ontario Champions after a very tough battle with the Green Gaels. If they can stay injury free should be in contention to win the tournament.